Many studies have examined the use of TEE during liver transplantation. Schumann et al published data derived from surveys conducted by the Liver Transplant Anesthesia Consortium between 2006 and 2009.1 They found that TEE was used routinely in 40% of all liver transplant programs and most frequently in high- and mid-volume centers (49% and 47%, respectively). Only 7% of responders reported possessing TEE board certification, and intraoperative TEE was performed by the primary anesthesiologist in only 40% of cases where TEE was used. More extended data concerning TEE use during liver transplantation were published by Soong et al.2They found that in 38% of centers surveyed, TEE was used routinely, and that in 57% it was used only under special circumstances. The rate of TEE certification among anesthesiologists has increased significantly since 2009: 21.6% of responders had advanced certification and 3.7% had basic certification.

The most recent data regarding the use of TEE during liver transplantation were published by Zerillo et al3 and represented 63% of liver transplants performed in the United States during 2015. They found that 90.6% of centers surveyed had 1 or more team member regularly using TEE. They also found that in 54.2% of centers, more than half of the transplant team used TEE, and in 66% of centers, TEE was used for all cases. The authors concluded that the use of TEE during liver transplantation has increased significantly in recent years. Interest in obtaining TEE certification also has increased. As of 2015, 42% of self-identified transplant anesthesiologists had obtained either basic or advanced TEE certification and 11.5% were in progress. A consistent finding in these studies is that information obtained from TEE is unique and cannot easily be replaced by data from other monitors. 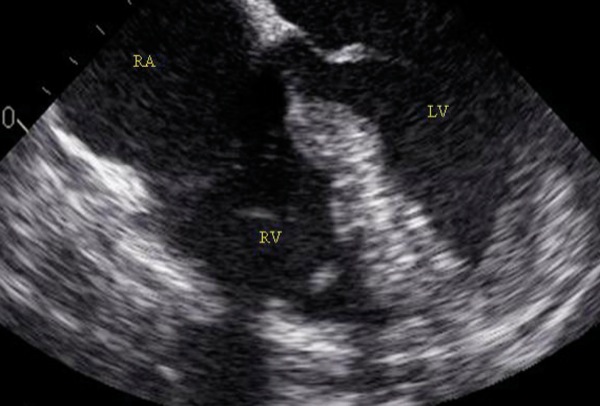 Why Use TEE During Liver Transplantation?

Andre De Wolf, MD, one of the pioneers of using TEE during liver transplantation, stated that the main benefit of TEE during transplantation is the ability to obtain a timely and reliable assessment of a complicated intraoperative hemodynamic situation.4 TEE-based diagnoses and management of hemodynamic disturbances are invaluable in helping to maintain hemodynamic stability. Examples are:

Patients with end-stage liver disease (ESLD) have a hyperdynamic circulation characterized by increased cardiac output and profound vasodilation caused by both the release of endotoxin and nitric oxide dysregulation.5,6 During liver transplantation, significant blood loss, electrolyte abnormalities, and acute myocardial dysfunction can occur frequently, and TEE can help identify not only the cause of the problem but also guide therapy.

Postreperfusion syndrome and vasoplegic syndrome. Postreperfusion syndrome has an incidence of about 50%7 after liver transplantation and can significantly affect transplantation outcome.8Vasoplegic syndrome is characterized by profound hypotension resistant to administration of exogenous catecholamines.9 TEE has been demonstrated to be helpful to both monitor and manage these conditions.

The diagnosis and management of cirrhotic cardiomyopathy (CCM). For many years, it was suspected that some type of cardiac dysfunction was specifically associated with cirrhosis and contributed to many deaths after liver transplantation. It is now known that up to 21%10 of all deaths after transplantation are, in fact, related to heart failure. In 2005, the World Congress of Gastroenterology defined formal criteria for CCM.11 It is estimated that 40% to 50% of patients with cirrhosis have some degree of CCM. Patients with CCM have a limited ability to increase contractility or heart rate, tolerate fluid shifts poorly, and are at increased risk for cardiac decompensation.

Intraoperative TEE monitoring also has become an important tool for diagnosing and managing intraoperative thrombosis. It has been demonstrated that the incidence of intraoperative intracardiac thrombosis/pulmonary embolism associated with hemodynamic instability is between 1%13 and 6%,14 and is associated with mortality rates exceeding 65%.15 As the use of TEE during liver transplantation has increased, it has become evident that intraoperative clotting is very common and often not associated with hemodynamic instability. In one study where TEE was used routinely, almost 44% of all patients had clotting events but remained hemodynamically stable.16 Routine use of TEE during liver transplantation provides for early detection of clots and the ability to intervene early, before catastrophic hemodynamic instability occurs.17 These interventions include the use of heparin or fibrinolytics and surgical intervention, all of which carry their own risks. An algorithm for the management of intraoperative thrombotic events based on TEE findings has been published.17

Other applications of TEE during liver transplantation include verification of catheter position for venovenous bypass,18 monitoring and treatment of dynamic myocardial outflow tract obstruction,19 and identifying a variety of surgical problems, such as vena cava obstruction.20

Complications Related to Use of TEE

Complications associated with use of TEE in patients with ESLD are related to the presence of gastroesophageal varices (GEV). The incidence of GEV in this population approaches 50%.21 GEV rupture caused by manipulation of the TEE probe is a major concern, though relatively rare. In 1,206 consecutive liver transplants, Lu et al found that the incidence of gastrointestinal bleeding related to TEE probe manipulation was about 0.33% (4/1,206). Only 2 of 4 patients needed endoscopic hemostasis, whereas the other 2 patients were managed conservatively.22 A similar incidence of bleeding related to TEE probe insertion in the setting of GEV (0.4%) was demonstrated by Pai et al.23 The investigators also stated that the bleeding could be related to placement of a gastric tube at about the same time as the TEE probe.24,25

The incidence of esophageal rupture due to TEE use during liver transplantation is unknown. It has a reported incidence of about 0.02% in patients undergoing cardiac surgery. The mechanism of esophageal rupture is not completely understood, but stretching of the mucosal and muscular layers, mucosal ischemia, thermal injury, and previous sclerotherapy likely play important roles.26,27 In addition to bleeding, gastric tube insertion also can lead to esophageal perforation, particularly if placed with the TEE probe.28

The following are recommendations to decrease the incidence of complications related to TEE use: Keep the probe at the mid-esophageal level unless acquiring a specific image,29 avoid unnecessary probe manipulation,30 avoid thermal injury by using probes with a temperature control, and set the echo machine to “freeze” mode when the probe is not in use.31

TEE monitoring during liver transplantation is now recognized as an invaluable tool for monitoring and treating hemodynamic instability, rapidly assessing contractility and volume status, and detecting thrombotic events rapidly. It is also being recognized as the standard of care. The use of TEE during liver transplantation is associated with a low incidence of complications, but should be performed with caution. TEE training and certification are encouraged for anesthesiologists. The International Liver Transplantation Society now has a TEE workshop at its annual meeting.

The authors and reviewers reported no relevant financial disclosures.