For years, the Clock-Drawing Test has been used to measure cognitive impairment. Now, a study by a team of Florida researchers has compared three different methods for scoring this test, concluding that although all three ways effectively identify cognitive impairment, they differ markedly in administration time as well as time required to achieve interrater reliability.

“Cognitive impairment is a significant risk factor for complications following surgery with general anesthesia,” said Mitchell Zhang, BS, a medical student at the University of Florida College of Medicine, in Gainesville, where the study was performed. “As such, we want a method that can rapidly and reliably screen the patient’s cognitive status in order to make clinical decisions.”

The Clock-Drawing Test is one such tool. “This is a fast and simple test that’s been clinically proven and has been shown to even distinguish between different types of dementia,” Mr. Zhang said. “You simply hand the patient a pen and paper and instruct them to draw the face of a clock, fill in all the numbers, and place the hands for 11:10.” 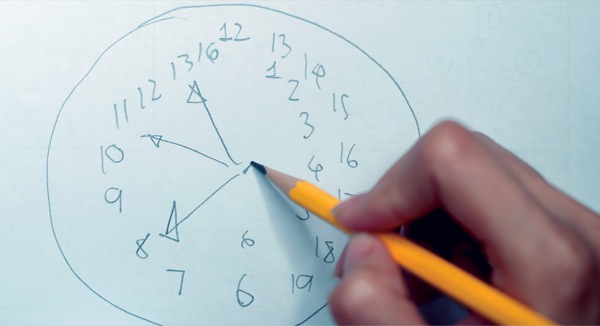 Yet despite the test’s proven efficacy, scoring criteria vary, and some research has indicated that certain scoring methods are more challenging to learn than others. “The primary problem with the test is there’s no gold standard by which to systemically score the test and interpret it,” he said.

To determine which scoring system is best suited to the preoperative setting, Zhang and his colleagues assessed intrarater and interrater reliability for the Libon, Montreal Cognitive Assessment and the Mini-Cog scoring methods. “The Montreal Cognitive Assessment scores the test out of 3 points; 1 point is awarded each for the shape of the clock, 1 for the numbers and 1 for hand placement,” he said. The Mini-Cog scores the test as either 0 for an incorrect clock or 2 points for a correct clock. The Libon is an error-based scoring method comprising 10 possible errors.

“So unlike the other two methods, where a higher score is a more correct clock, with the Libon a higher score indicates more errors, and therefore a more cognitively impaired patient,” Zhang explained.

The trial’s first step had three novice medical students independently score sets of 20 training clocks using the three scoring methods. Clocks were de-identified and randomly assigned per rater to create multiple sets. The raters continued to score sets until they established reliability with themselves as well as with the other two raters, which was set as an interclock correlation coefficient of 0.70. “Here, we wanted to see if raters give the same clock the same score each time, as well as if they give a specific clock the same score as someone else does,” Zhang said.

The trial’s second step required the raters to independently score 585 clocks with each criterion from patients who were at least 65 years of age. The researchers sought to determine how well the three scoring systems agreed with one another.

As Zhang reported at the 2018 annual meeting of the International Anesthesia Research Society (abstract GA61), adequate intrarater and interrater reliability were established for all three tests, but needed different routes to achieve it.

“So while the Libon was the fastest to obtain reliability, it’s also the longest to grade,” he said. “On the other hand, the Mini-Cog is the fastest to score but it doesn’t discriminate toward different types of errors as well as the Libon does.”

The researchers recommended that practitioners consider these findings when designing brief cognitive protocols within their preoperative clinics. “Our conclusion is that you want to make sure you take into consideration the limitations of each scoring system as you make your decisions,” Zhang said.