Postoperative hypotension is a common occurrence on the surgical ward and frequently undetected by nursing staff using routine monitoring practices, a study has concluded. The Cleveland Clinic researchers noted that detection may be ameliorated through the use of continuous monitoring devices, which can detect significantly more hypotension than nursing measurements in the first 48 hours after noncardiac surgery.

“Intraoperative and postoperative hypotension are both very strongly associated with negative outcomes after surgery, such as kidney injury, myocardial injury and mortality,” said Barak Cohen, MD, a research fellow at the Cleveland Clinic’s Outcomes Research Department, in Ohio. “But while intraoperative blood pressure is very closely monitored and promptly treated, patients are typically only monitored every few hours in the postoperative period. And that leaves long periods of time in which patients are not monitored, and hypotension can occur without us knowing about it.”

With that in mind, Dr. Cohen and his colleagues sought to evaluate the incidence and severity of postoperative hypotension during the initial 48 hours after abdominal surgery in the surgical ward. They hypothesized that hypotension may go frequently undetected by nursing staff’s spot-check measurements.

As part of two ongoing randomized clinical trials, the researchers enrolled a total of 502 informed and consenting patients undergoing abdominal surgery into the investigation. Each of the participants was connected to a mobile, continuous noninvasive monitoring system (ViSi Mobile, Sotera Wireless Inc.). As 190 patients were excluded because high-quality data were found to be lacking, a total of 312 were thus eligible for analysis.

“The device, which is FDA approved for continuous noninvasive blood pressure measurement, sits on the wrist and captures blood pressure every minute, in addition to a host of other patient data,” Dr. Cohen explained.

“The continuous blood pressure recordings were kept blinded from the nursing staff,” he said, “so they would still maintain their routine care and we would get a reliable estimate of the true incidence, unaffected by interventions originating from the continuous monitor readings.”

One-Fourth of Patients Have Some Hypotension 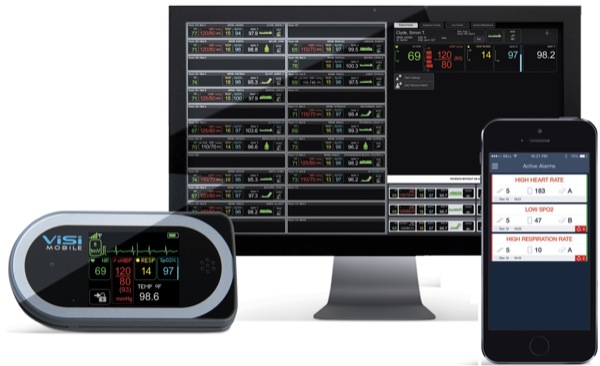 The study also found that typical nursing measurements missed between 34% and 61% of hypotensive events of MAP less than 65 mm Hg that were captured by the continuous monitor (mean, 47%).

“Were you able to associate these hypotensive events with outcomes?” asked session co-moderator Yvette N. Martin McGrew, MD, PhD, an assistant professor of anesthesiology at Mayo Clinic, in Rochester, Minn.

“We feel our numbers are too small for that analysis,” Dr. Cohen replied. “We can safely assume that 10 to 15 patients in our population will have a severe outcome like major adverse cardiac events or acute kidney injury, but we will not be powered to associate these outcomes with hypotension in this cohort. We do plan on doing that in the future, but the current data will not show us the association to actual outcomes.”

As Dr. Cohen explained, previous research has demonstrated the link between MAP less than 65 mm Hg and adverse outcomes. “And actually, a MAP of 65 mm Hg is the threshold for a patient who is anesthetized during surgery,” he explained. “After surgery, when a patient is awake, in pain, has a high metabolic rate, and is stressed, it’s not unreasonable to assume that the threshold should be higher. That’s why we also looked at MAP values of 70 mm Hg. And even then we thought it might be quite low for many patients.”

These findings, the researchers concluded, demonstrate that postoperative hypotension is common, prolonged, profound and largely undetected by routine vital sign monitoring. “We believe that if we measure blood pressure more frequently—or maybe continuously—we’ll be able to capture some of these hypotensive events earlier and maybe even prevent some of the negative outcomes associated with them.”