Checklists have been introduced as a solution for patient safety and a number of other quality issues in health care. They are considered to be an inexpensive and simple method to avoid common human errors, applicable across a wide range of processes. The recent rise in their utilization and popularity can be largely attributed to the recommendations from studies by Gawande et al1,2 and Pronovost et al.3 Also, a 2009 nonfiction book by Gawande, “The Checklist Manifesto: How to Get Things Right,” is a fascinating read for anyone interested in the topic.4 The book describes the amazing utility of checklists in daily and professional life using a highly practical and illustrative format.

Although checklists are routinely used in medicine to prevent mishaps and errors, continuing publications of case reports describing the occurrences of wrong-side (also called wrong-site) procedures illustrate that there is no simple solution to this problem, and that checklists alone are not a panacea or cure-all solution. The checklists in health care are intended specifically to improve communication and teamwork (e.g., a discussion of patient risk factors) and accomplishment of straightforward categorical checks (e.g., hands washed, informed consent obtained). However, the “catch-22” is that the successful completion of the procedure-related checklist requires training in their implementation in a multidisciplinary environment.

The Joint Commission defines wrong-site surgery (WSS) as an invasive procedure performed on the wrong part of the body, the wrong side, or in the wrong patient, and which exposes the patient to more than minimal risk.5 This definition encompasses procedures performed both in the OR and in patient care settings outside an OR.6

The National Quality Forum has labeled wrong-side invasive procedures as a “never event,” meaning they should never occur. Consequently, considerable time and effort have been expended to prevent WSS, resulting in the institution of a number of initiatives and policies, including the enactment of the Universal Protocol by the Joint Commission in 2004.7

Wrong-side nerve blocks (WSNBs) could be considered a prototypical example of a sentinel event, akin to WSS. Of note, WSNBs may occur more commonly than WSS procedures, and may even increase the risk for surgery on the wrong site, as the surgical team may be misled to perform the surgery on the wrong site. As an example, data from 30 hospitals across Massachusetts over a 20-year period determined the incidence of WSS procedures was one in 112,994.2 In contrast, the reported incidence of WSNBs in regional anesthesia ranges from 1.28 to 3.63 per 10,000 procedures (i.e., 1/2,755-1/7,812).8 Therefore, the available data suggest that WSNBs may occur as much as 10 times more often than WSS. Moreover, the real-life incidences of WSS and WSNBs are probably much higher, due to underreporting.

Risk Factors for Blocks on the Wrong Side

Factors involved in the occurrence of WSNBs can be classified as procedural, physician- and patient-related factors (Table 1). Nerve blocks are usually unilateral, and often require a change of patient position from that in which the checklist was performed. This change in position for performance of the block may lead to a higher risk for WSNBs. As an example, for a popliteal block, the patient’s informed consent and confirmation on the site of surgery, as per the checklist, are usually obtained with the patient in the supine position. Subsequently, the patient may then be repositioned into the lateral or prone position, possibly resulting in a confusion in laterality at the point of care. A description of the circumstances that were determined to contribute to the occurrences of WSNBs is featured in Table 2, which lists published case reports of blocks placed on the wrong side.

Organized societies of anesthesiologists have provided recommendations for the prevention of wrong-side procedures. As an example, the American Society of Regional Anesthesia and Pain Medicine appointed a task force to publish recommendations for a preprocedural checklist specific to regional anesthesia.9 The use of a checklist before surgical procedures has been demonstrated to positively affect surgical outcomes, including mortality,10 but the utility of a preprocedural checklist in decreasing the risk for WSNBs has not been formally established—although logic should lead one to believe that it should be beneficial.11

In a commentary, Catchpole and Russ pointed out that a limitation of team-related checklists is the lack of a single calm moment where all team members can be involved.12 Consequently, not all users may derive the same benefit from the checklists, despite the effort and initiative required for their use. Complex sociological and cultural challenges, such as hierarchy and perceptions of professionalism, also may interfere with interactions, regardless of the design and implementation of the checklists. Introducing a checklist without consideration of these processes carries a risk for neglecting the sociocultural underpinnings of the intervention and complexity of coordinating a complex team around a single task.12

Thus, the expectation that the application of checklists in health care will have the same result as in industry (e.g., the aviation industry) may not be realistic. An example of a checklist used in the aviation industry is shown in Figure 1. One fundamental difference between the aviation industry and patient care is that the latter requires multiple teams, as opposed to the checklist used in a cockpit of an aircraft that involves small teams, typically consisting of just the pilot and co-pilot. Of note, checklists that rely on teamwork for success may fail despite all the items being followed, because of the potential lack of team skills.12 Therefore, simply implementing and enforcing checklists, and strict progression through the items in them, may not necessarily yield benefits to the overall outcome. 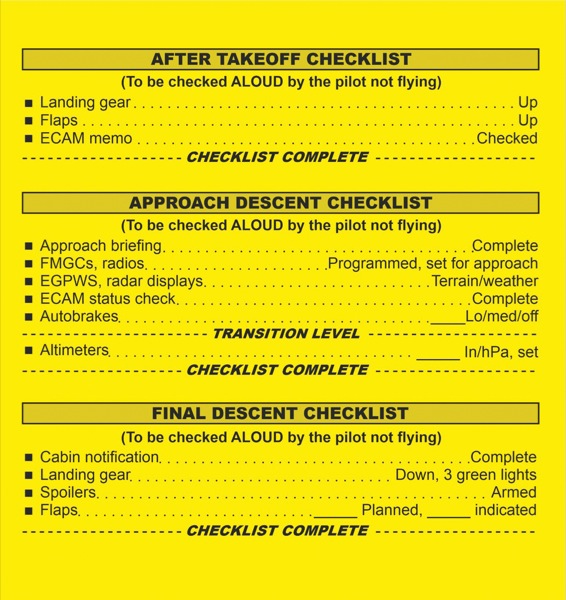 Figure 1. An example of a checklist used in the aviation industry.

One of the difficulties with the use of checklists, which have been adopted nearly universally in all aspects of patient care, is that their routine application at multiple points in patient pathways has created checklist weariness, and potentially decreased their value in enhancing patient safety. Moreover, while the use of a checklist is mandated throughout most surgical facilities in the developed world, the policies on how they must be implemented and method of labeling the correct site vary substantially.

In some institutions, the site of the surgery and nerve block is labeled with a skin marker as “yes” or an arrow (Figure 2), or “block” (Figure 3), whereas others label the “wrong side” with a “no” (Figure 4).13 For instance, the current policy at Duke University provides secondary verification through an anesthesiologist’s marking of the block side(s). This is because patient repositioning for the block may hinder surgical marking visibility, and placing an additional marking provides a more reliable visual cue to the practitioner, regardless of the presence of the patient’s gowns, blankets or positioning.13 This additional marking helped practitioners at Duke University avoid a near-miss of placing a wrong-side peripheral nerve catheter because of an unusual transfer of the surgical mark. The ability to verify the single-shot block site meant the procedure was performed on the correct extremity.13 No data exist to provide any meaningful guidance as to which method of applying indicia is optimal. 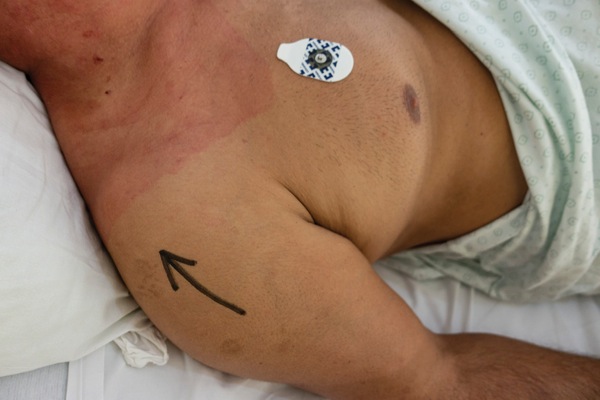 Figure 2. An example of labeling the site of the block and consequent surgery with an arrow.

Figure 3. An example of labeling the “correct” site of surgery with a sticker, “block.” 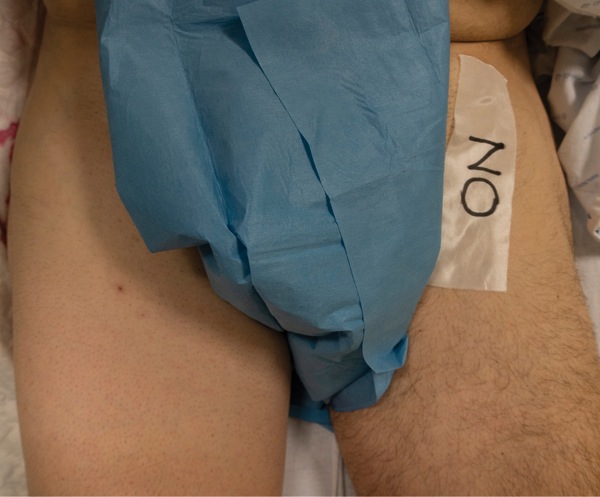 Figure 4. An example of labeling the “wrong” site of surgery with a sticker, “no.”

The variability of checklist implementation at the point of care is so large among institutions that no standards exist, and despite the checklists, WSNBs continue to occur. Another difficulty with the role of checklists in the prevention of WSNBs is that they are notoriously difficult to implement and enforce at the point of care. As an example, during a performance of a peripheral nerve block procedure, it is possible that after the checklist and time-out process have taken place, the anesthesia provider could be distracted or interrupted to assist in patient care at another location. Upon returning to the task of performing the nerve block, the provider may not fully recollect the laterality from the checklist, which appears to be a common scenario in reports of WSNB occurrences.

These and other descriptions of mishaps and near-mishaps underscore the importance of implementing protocols with additional layers of redundancy. In support of the need for redundancy, Pandit et al, in their letter to the editor titled, “’Mock Before You Block’: An In-Built Action-Check to Prevent Wrong-Side Anaesthetic Nerve Blocks,” cogently suggested that some type of reminder be built into the action itself in order to be effective.14 The NYSORA team has been collaborating with international opinion leaders in regional anesthesia to develop a universally applicable solution to this longtime industry problem, which will be discussed in the next part of this article, to be published in 2020. Visit app.nysora.com to access patient management protocols and download the latest nerve block techniques and illustrations from NYSORA’s all-new regional anesthesia app (Figure 5).