In this technique, the needle is inserted while observing the short axis of the vein; thus, the needle intersects the ultrasound image. It is mainly used for puncturing the IJV and FV. It is advantageous, because positional relationships with arteries are easy to identify, but its disadvantage is that it is difficult to know, where the needle is until it enters the beam plane of the ultrasound scan. In addition, distinguishing between the tip and the shaft of the needle by observing an ultrasound image can be difficult. Therefore, if the needle goes outside the scan plane and goes through the vein, the tip can possibly puncture an artery or the lung. 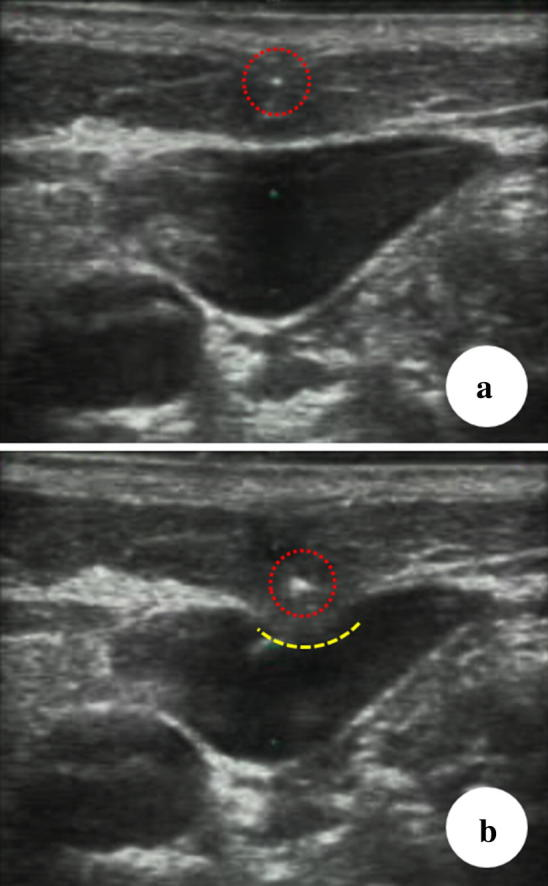 If the puncture is performed only by confirming the vein’s short axis, there is a possibility that the puncture direction will differ from the path of the vein. This would cause the needle to penetrate the vein diagonally, which could lead to a mistaken puncture.

To make up for these disadvantages, perform a careful pre-scan to confirm the path of the vein and ensure the puncture follows this path. It is also important to constantly confirm the location of the needle while being inserted. It is important to understand that the needle tip is not recognized from its appearance, but that it is the first point of brightness to enter the ultrasound beam plane. As shown in Fig. 5, if a point of brightness is seen throughout the insertion of the needle, it is highly likely this is not the tip of the needle but the shaft.

Two types of scans need to be combined to grasp the path of the target vein.

First, a sweep scan is performed, in which the probe sweeps over the path of the vessel like a broom (about 2 cm). The probe should be manipulated so that the vein is always at the center of the ultrasound image 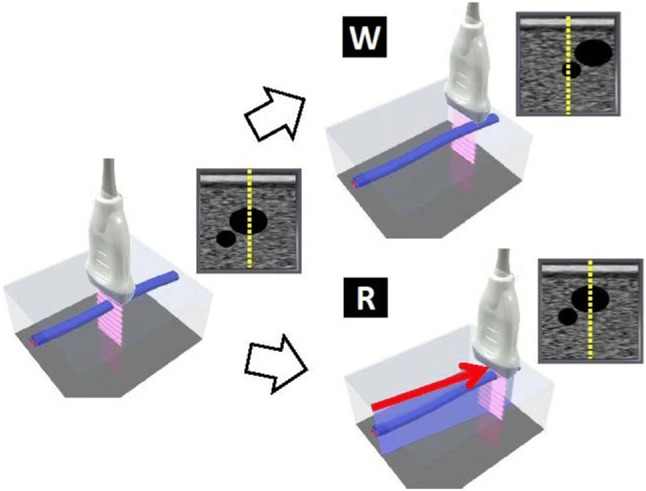 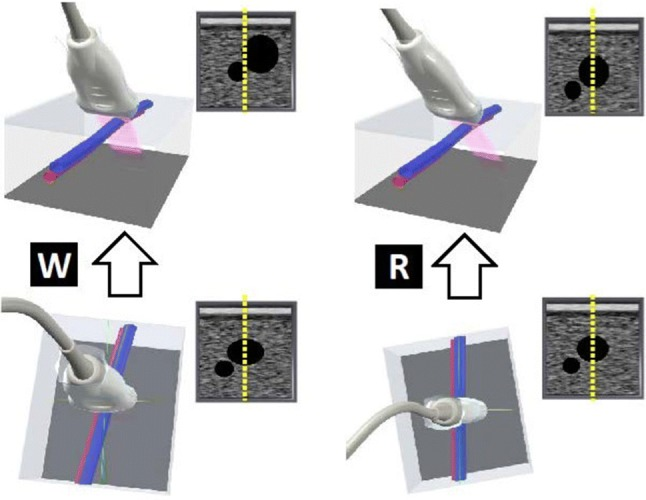 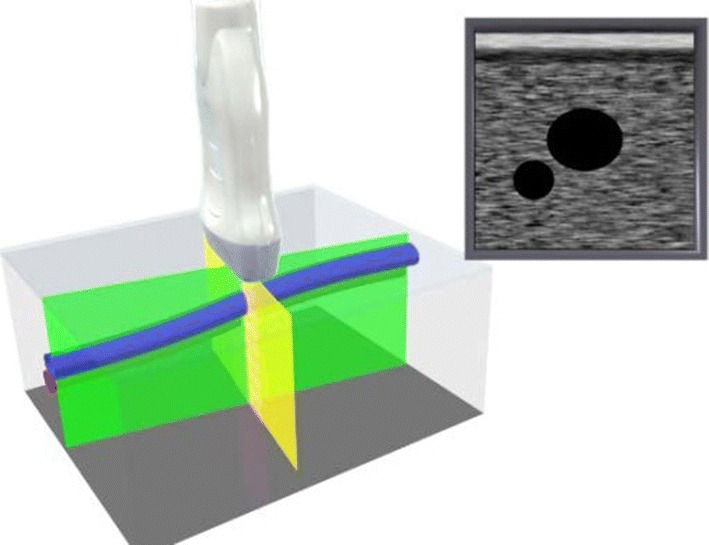 Fig 4: Probe placed perpendicular to the path of a vessel

It is important to confirm the location of the needle tip to ensure that the posterior wall is not penetrated (described above). In the short-axis out-of-plane technique, the vein intersects the scan plane; thus, the needle is guided into the ultrasound image. The needle tip is being confirmed intermittently in this method; thus, it is not strictly a real-time puncture. The position of the needle tip is not confirmed by depicting it in real time, but is based on theory (Fig 5) 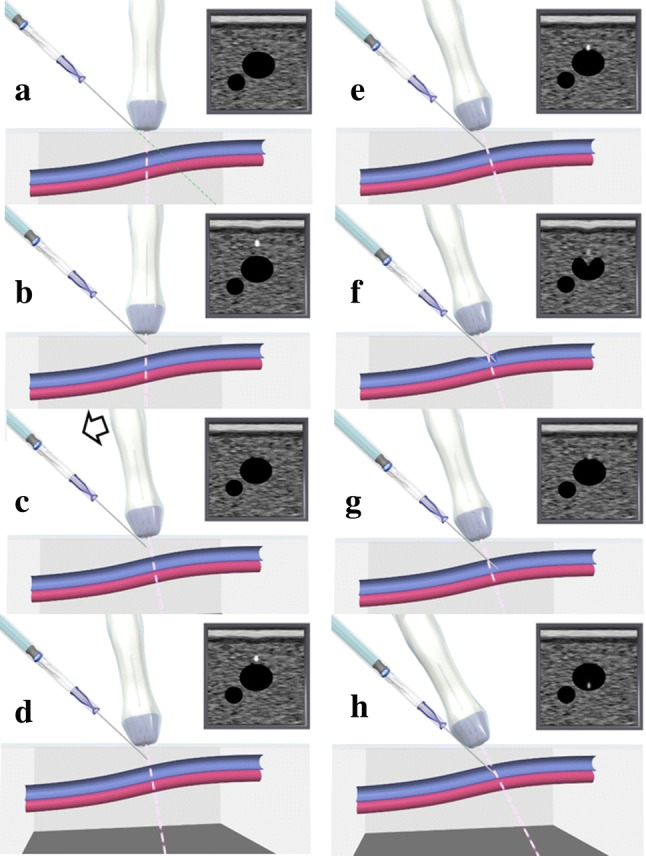