Hemoglobin level may not tell the whole story in cases of preoperative anemia. Instead, classifying anemia based on the size of red blood cells might predict clinical outcomes following elective cardiac surgery, a recent analysis concluded. Despite not having the most severe anemia, patients with macrocytic anemia had the highest risk for needing red blood cell (RBC) transfusions and experiencing postoperative complications.

“When evaluating patients, we recommend that clinicians not look at anemia as one condition but consider the size of the red blood cell for accurate risk assessment and targeted intervention,” said Lu Dai, MSc, at Cleveland Clinic Lerner College of Medicine of Case Western Reserve University, in Ohio. “Valuable information may be lost when normocytic, microcytic and macrocytic anemia is studied as one homogeneous disease.”

Although traditionally anemia is studied just by examining hemoglobin level or analyzing its severity, the investigators further classified anemia according to mean corpuscular volume (MCV) to see whether RBC size is predictive of different outcomes following surgery. From January 2010 to January 2014, there were 10,589 adult patients who underwent elective cardiac surgery at the Cleveland Clinic. 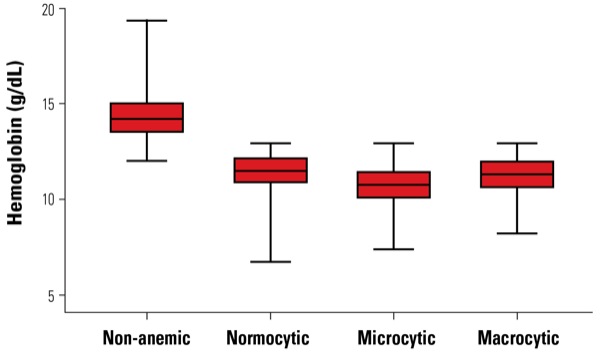 Figure 1. Hemoglobin levels of patients with different types of anemia. Box encompasses 25th and 75th percentiles; horizontal line within box is the median; and whiskers indicate minimum and maximum values.

Hemoglobin Level Not The ‘Whole Story’

Transfusion rates also differed between groups. Compared with nonanemic patients, those with anemia had a higher odds ratio for receiving RBC transfusion, with macrocytic patients having the highest odds (Figure 2). 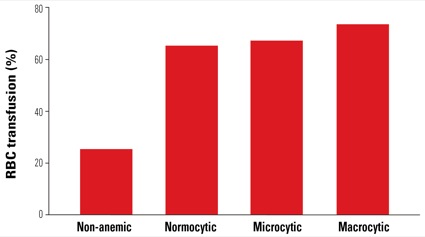 “This was interesting because macrocytic patients didn’t have the most severe anemia, but somehow they had the highest rate of transfusion,” Ms. Dai said. 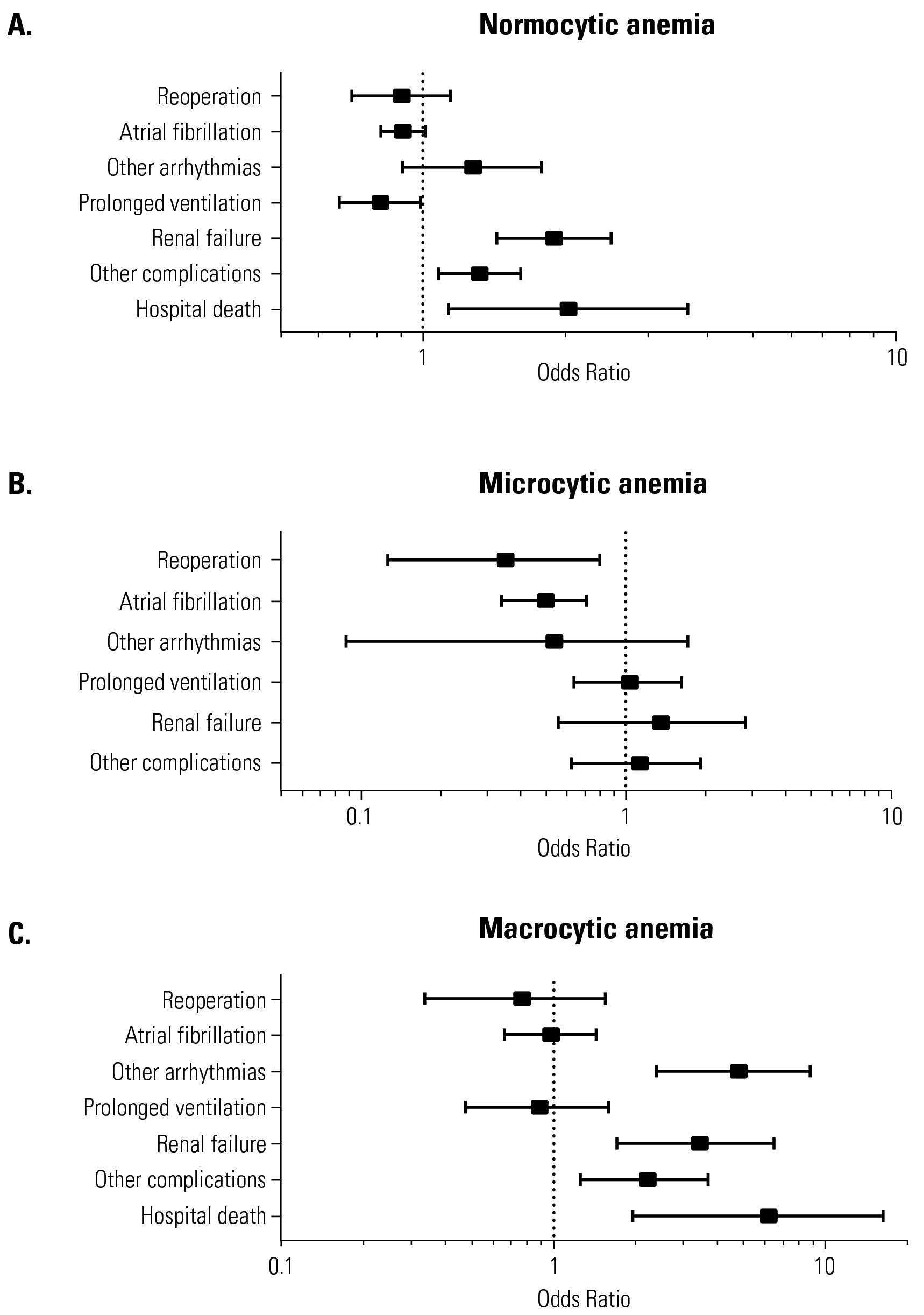 Figure 3. Transfusion-adjusted odds ratios for adverse outcomes in patients with normocytic (A), microcytic (B) and macrocytic (C) anemia compared with nonanemic patients. Squares represent odds ratio and whiskers are 95% CI.

“Surprisingly, those with microcytic anemia did not have higher risk of postoperative complications despite having the most severe anemia, i.e., the lowest median hemoglobin level,” Ms. Dai said.

“In fact, the microcytic group had the lowest risk of preoperative and postoperative atrial fibrillation. Those with macrocytic anemia, on the other hand, had higher risks of cardiac arrhythmias, renal failure, other complications and hospital death.”

The moderator of the session, Nancy Nussmeier, MD, a cardiac anesthesiologist at Massachusetts General Hospital, in Boston, asked whether a sample size of 131 macrocytic anemia patients was large enough to attain statistical significance.

“That was definitely a limitation of our study, as we initially tried to fit models that adjusted for several comorbidities,” Ms. Dai said. “Because of the small number of patients with macrocytic anemia, however, our logistic regression analysis adjusted for hemoglobin transfusion alone. We’re currently using more advanced methods to analyze these data, and propensity score matching has consistently shown us that macrocytic anemia is associated with the worst outcomes.

“A lot of these patients were put on bypass, and it’s possible that the larger red blood cells get more damaged with this technique or the duration of bypass is longer for macrocytic anemia,” Ms. Dai said. “It would be interesting to look at those data.”

“What jumps out to me is just how many patients undergoing elective surgery are anemic,” Dr. Nussmeier said. “Perhaps more attention should be paid to preoperative correction because anemia, regardless of the type, affects outcome.”