Percutaneous dilatational tracheostomy (PDT) may be an effective and safe alternative to open tracheostomy in critically ill patients with acute respiratory distress syndrome (ARDS) who are receiving venovenous extracorporeal membrane oxygenation (VV-ECMO), according to researchers.

“Percutaneous tracheostomy appears to be associated with a decrease in bleeding events, and earlier utilization of tracheostomy, with no increase in tracheostomy-related complications, when compared to an open technique,” wrote researchers from the University of Maryland School of Medicine, in Baltimore.

According to lead author Francesca Boulos, MD, MS, of the Department of Surgery, Division of Cardiac Surgery, at the university, the technique can be an attractive and safe alternative to open tracheostomy. The study was presented at the 2018 annual meeting of the Society of Critical Care Medicine (abstract 1589).

In addition to a significant decrease of major bleeding events in patients, another advantage of PDT over open tracheostomy is that PDT can be performed at the bedside, reducing the risk associated with transporting ECMO patients to the operating room, and providing increased ease and feasibility. As a result, PDT can be performed earlier once the decision to do a tracheostomy is made, which improves ICU utilization.

“PDT is a faster procedure to perform and has fewer postprocedural complications,” Dr. Boulos said. “In our study, we saw patients were able to have tracheostomy performed four days sooner if done percutaneously. There are also decreased costs because there are no operating room costs or ICU utilization for better timing of pausing anticoagulation.”

The study drew praise from clinicians who were at Dr. Boulos’s presentation. Jennifer J. Freeman, MD, a general and trauma surgeon at Texas Health Harris Hospital, in Fort Worth, who served as a moderator for the presentation, said it was a good retrospective review of VV-ECMO patients who required tracheostomy. 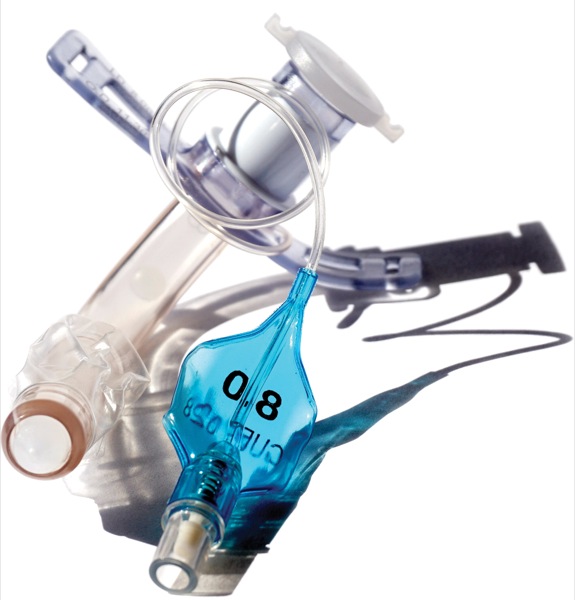 “The percutaneous tracheostomies were able to be done earlier and with less significant bleeding events than the open tracheostomies,” Dr. Freeman said. “This is clinically significant, as ECMO patients are fully anticoagulated and at high risk for bleeding events from the circuit alone. All procedures have to be done with great caution in these patients. Any adjustments in necessary procedures that can be done safely should be seriously considered in this patient population.”

The single-center study evaluated 52 patients undergoing isolated, peripheral VV-ECMO for ARDS between January 2015 and July 2016. Patients were divided between the 18 who underwent open tracheostomy and 34 who had PDT. Both groups had their tracheostomy after VV-ECMO cannulation. The tracheostomy was performed at the bedside for 35% of the PDT group. Patient demographics, characteristics at ECMO initiation and coagulation profiles before tracheostomy were similar in both groups.

The primary outcomes were the number of blood products transfused, major bleeding events within 24 hours of the tracheostomy, pneumothorax, need for revision and tracheal stenosis, according to the researchers, who defined a major bleeding event as transfusion of at least 2 units of packed red blood cells (pRBCs) in 24 hours, or bleeding necessitating an intervention or return to the operating room within the first 24 hours.

The time from ECMO initiation to tracheostomy was shorter (11 vs. seven days; P=0.037), and the incidence of bleeding events was significantly lower in the PDT group (28% vs. 15%; P=0.028) versus the open tracheostomy group, the study found. There was also a trend toward decreased pRBC transfusion in the first 24 hours (1 vs. 0 unit; P=0.082), the researchers said. Other tracheostomy-related complications were similarly low or absent, and the length of ECMO and ventilator dependence, ICU and hospital length of stay, and overall mortality also were similar between groups, the researchers said.

Safety and Benefits of PDT

Although PDT is common in non-ECMO patients and is being used in ECMO patients, “it has yet to be well evaluated in ECMO patients,” Dr. Boulos said. “Our study is the first that we are aware of to do so. We feel that our data are hypothesis-generating for a multicenter prospective trial.”

“While anecdotally some critical care providers have noted that PDT may have benefits compared with open tracheostomy with ECMO, previous studies regarding the safety of PDTs with ECMO have not compared the two techniques,” said Hee Soo Jung, MD, FACS, an assistant professor and the director of surgical critical care at the University of Wisconsin–Madison School of Medicine and Public Health.

“In this study, the open tracheostomy group appears slightly worse clinically pre-ECMO, and data has not yet been presented regarding potential differences in fibrinolysis between the groups,” Dr. Jung said. “Even still, these data should inform potential future prospective trials that may help determine whether or not PDT is the preferred technique in ECMO patients.”