ASA Monitor May 2021, Vol. 85, 37.
Nothing strikes fear in the hearts of anesthesiologists more than the difficult airway… except for maybe… the pediatric difficult airway. This Patient Safety Tip of the Month provides updated suggestions for the safe approach to both normal and difficult pediatric airways based on recent findings from the literature. First, we will highlight findings from the largest international registry of pediatric difficult airways that shows our first attempt is our best attempt (Lancet Respir Med 2016;4:37-48). Second, we will share findings from recent research that may settle the DL (direct laryngoscopy) vs. VL (video laryngoscopy) debate once and for all (Lancet 2020;396:1905-13). Finally, we will offer tips for minimizing hypoxemia during intubation attempts when more than one attempt may be necessary.

The Pediatric Difficult Intubation Registry (PeDI-R) is an international registry for pediatric difficult airways maintained under the auspices of the Society for Pediatric Anesthesia. Analysis of cases from this registry have made significant contributions to our understanding of the pediatric airway. One of the early and landmark findings from this registry was the higher failure rate and increased complication rate associated with more than two DL attempts (Lancet Respir Med 2016;4:37-48). This finding has led to two suggestions: that the first attempt at a pediatric airway should be the best attempt, and encouragement for the use of VL.

In a recent multicenter, randomized controlled trial comparing VL with standard blade to DL, the VL group demonstrated better first-pass intubation success and was associated with fewer complications (Lancet 2020;396:1905-13). The difference in success rates between the VL group and the DL group was markedly different for children weighing less than 6.5kg. The time to intubation was longer in the VL group than the DL group, although it was not statistically significant. The increased time required to perform VL may be a function of equipment set-up/familiarity and procedural skill, thus emphasizing the importance of honing VL skills through routine use for normal intubations. 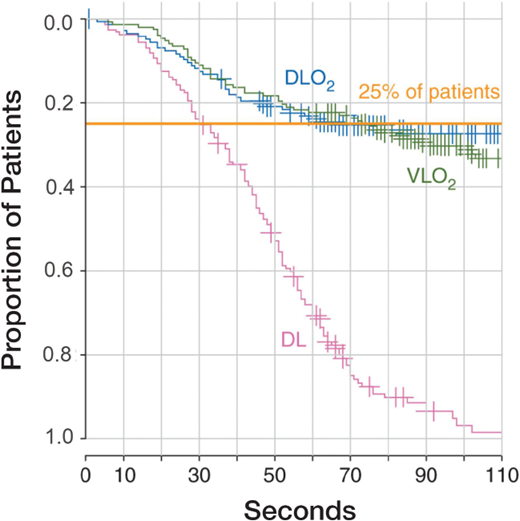 The above tips may not relieve the anxiety felt when faced with a difficult pediatric airway, but they may improve the overall safety and success of the clinician’s airway management.