Transthoracic esophagectomy may pose a host of challenges, but a new study has found that intraoperative goal-directed therapy can reduce the incidence of major morbidity and mortality after the procedure.

The investigation also found that use of goal-directed therapy decreased the hospital length of stay after the procedure.

“Transthoracic esophagectomy is a challenging procedure with a high incidence of postoperative major morbidity and mortality,” said Akira Mukai, MD, a postgraduate student at Osaka City University Graduate School of Medicine, in Japan. “Excess intraoperative fluid loading can also lead to increased rates of morbidity, including respiratory failure and anastomotic leakage. Furthermore, hypovolemia has also been found to increase the rate of complications such as cardiac ischemia. Nevertheless, goal-directed therapy has been reported to improve postoperative outcomes in surgical patients,” Dr. Mukai said.

Because previous research in this area has been limited to small study populations and retrospective studies, the investigators assessed the impact of intraoperative goal-directed therapy on postoperative morbidity and mortality in patients undergoing esophagectomy, this time in an adequately powered prospective, multicenter, randomized controlled trial. 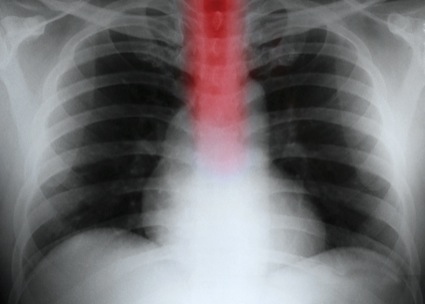 To do so, they enrolled 240 patients scheduled for transthoracic esophagectomy for esophageal cancer into the study. Eligible patients were randomly assigned to one of the two study groups.

In the goal-directed therapy group, hemodynamic control was managed according to a predetermined protocol using the Vigileo-FloTrac system (Edwards Lifesciences). As part of that protocol, baseline Ringer’s lactate solution was administered at 3 mL/kg per hour.

If stroke volume variation (SVV) was greater than 12%, or the percentage decrease in stroke volume (SV) was more than 10% for at least two minutes, then 250 mL of colloid (6% hydroxyethyl starch or 5% albumin) were administered over 20 minutes. Fluid boluses were repeated until hemodynamic conditions stabilized (SVV <13% and SV decrease <10%).

When SVV remained less than 8%, vasoactive drugs were administered to maintain systolic blood pressure above 90 mm Hg. Finally, ventilatory volume was maintained at 7 to 8 mL/kg per ideal body weight during surgery.

“There are many protocols for goal-directed therapy,” Dr. Mukai explained. “Previous studies have reported that the combination of dynamic indices for fluid responsiveness with other parameters, like stroke volume or cardiac output, is more effective at improving patient outcomes than dynamic indices alone.

Among controls, on the other hand, intraoperative hemodynamic management was performed to maintain systolic blood pressure above 90 mm Hg. Fluid and vasoactive drugs were administered as necessary.

After surgery, all patients were transferred to the ICU. Postoperative management was performed by physicians blinded to study protocols. 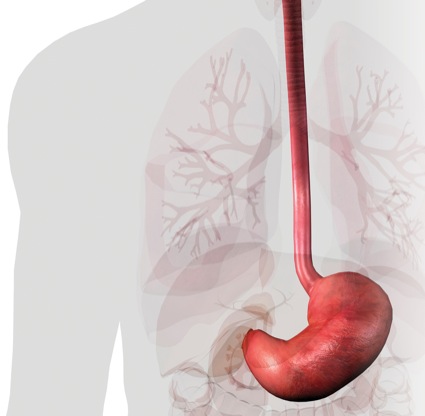 The study’s primary outcome was the incidence of postoperative major morbidity and mortality, defined as reoperation for bleeding, anastomotic leak, pneumonia, reintubation, ventilation over 48 hours or death.

In a presentation at the 2019 annual meeting of the American Society of Anesthesiologists (abstract BOC01), Dr. Mukai reported that 232 patients were included in the final analysis, 115 of whom underwent goal-directed therapy.

Postoperative major morbidity or mortality occurred in 22 patients in the goal-directed therapy group (19.1%). This included 12 patients with pneumonia, five with a ventilation time of at least 48 hours, four who needed to be reintubated, and one who underwent reoperation. By comparison, 41 of the 117 patients in the control group (35.0%) experienced such events (P=0.008), including 26 pneumonias, 19 reintubations, 15 ventilation times of at least 48 hours, and nine reoperations. Some patients experienced more than one event.

The researchers also performed a regression analysis, which revealed goal-directed therapy to be an independent predictor of postoperative major morbidity and mortality (hazard ratio, 0.52; 95% CI, 0.31-0.88; P=0.015).

“To date, three studies have investigated the effectiveness of goal-directed therapy on esophagectomy,” Dr. Mukai said. “The first and second studies [PLoS One 2017;12(3):e0172806; Clin Nutr ESPEN 2018;23:184-193] were observational and found no significant differences in morbidity and mortality or length of hospital stay.

“Only one randomized controlled trial has been reported [Eur J Anaesthesiol 2019;36(2):153-161],” he continued. “As with the other two studies, it found no significant differences in the incidence of postoperative complications. But this study only had 59 patients.”

By comparison, the current trial revealed that goal-directed therapy during transthoracic esophagectomy is, indeed, effective.

As Tong Joo (T.J.) Gan, MD, a professor and the chair of anesthesiology at Renaissance School of Medicine at Stony Brook University, in New York, told Anesthesiology News, goal-directed therapy has been a popular research topic for nearly 30 years. Although most trials demonstrated the benefit of the approach, such could not be said for the landmark OPTIMISE trial (JAMA 2014;311[21]:2181-2190), which found a trend toward improvement with goal-directed therapy but did not reach statistical significance.

Given this backdrop, Dr. Gan said the current trial provides welcome insight into the benefits of goal-directed therapy. “They are interesting findings, and in line with what we and others have found,” he said. “So it’s reassuring to see that the approach is beneficial.”

Nevertheless, Dr. Gan, who is a member of the editorial advisory board of Anesthesiology News, noted that the current study was not without its potential shortcomings, which includes its size. “It is also unclear whether the study was done in the context of an enhanced recovery protocol or not, because there have been a number of studies on goal-directed therapy when performed in the context of enhanced recovery, and they have not been able to replicate the findings of improved outcomes and reduced complication rates.”

Not withstanding these questions, Dr. Gan prefers goal-directed therapy in carefully selected patient populations. “I think it’s best in patients who are at higher risk of postoperative complications and those undergoing more major procedures,” he added. “I use it less frequently in those shorter, straightforward surgeries, where the evidence has not been that supportive.”