Central venous access is often necessary during cardiac anesthesia to administer intravenous fluids and inotropic agents during resuscitation. We identified an instance in which the connection between a central venous catheter and an intravenous line extension failed to seal, resulting in air entrainment with slow aspiration. The problem resolved with selection of an alternative extension. Identification of this problem can avoid potential patient harm. 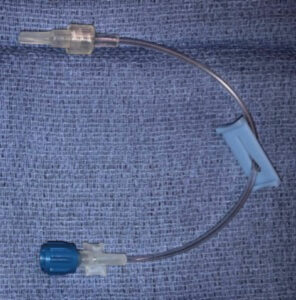 A 7-month-old male infant, 6.31 kg, was taken to the operating room for biventricular conversion for complex congenital heart disease including pulmonary atresia, intact ventricular septum, and atrial septal defect. After induction of general anesthesia, a single lumen central venous catheter was placed in the left internal jugular vein (3 Fr. x 8 cm, Cook Medical, Ref C-PUM-301J). A Baxter catheter extension (Ref. 2N1194, Figure 1) was first attached to the catheter. After slow aspiration through this extension, air was seen entraining into the aspirate at the catheter-extension connection site. Air entrainment persisted after verifying the luer locking connection was secure, and that the aspiration syringe was well seated. This extension piece was removed and a Smith Medical three-way stopcock/extension (Ref. MX43660, Figure 2) was placed. Air was once again noted to entrain during aspiration. Finally, a different Baxter catheter extension (Ref. 2N2238, Figure 3) was connected to the central venous catheter. Aspiration through this extension did not demonstrate air entrainment, indicating that a secure connection was possible. 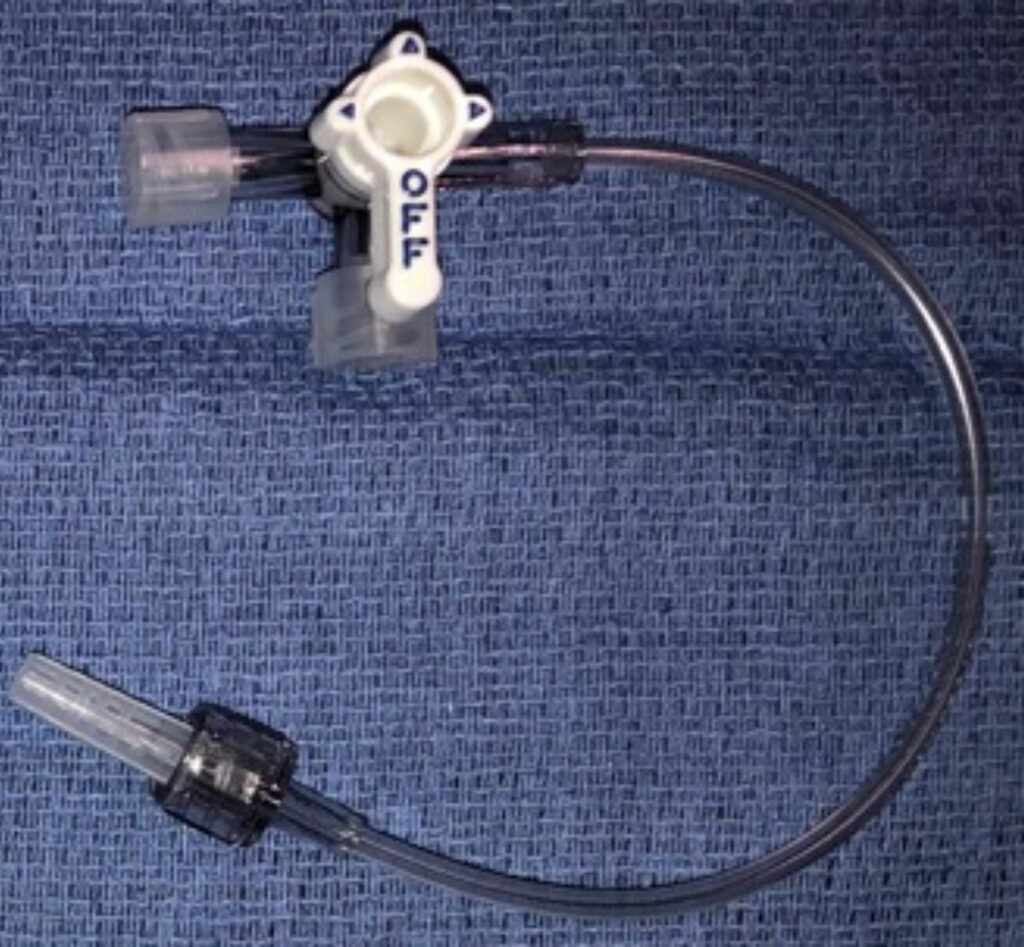 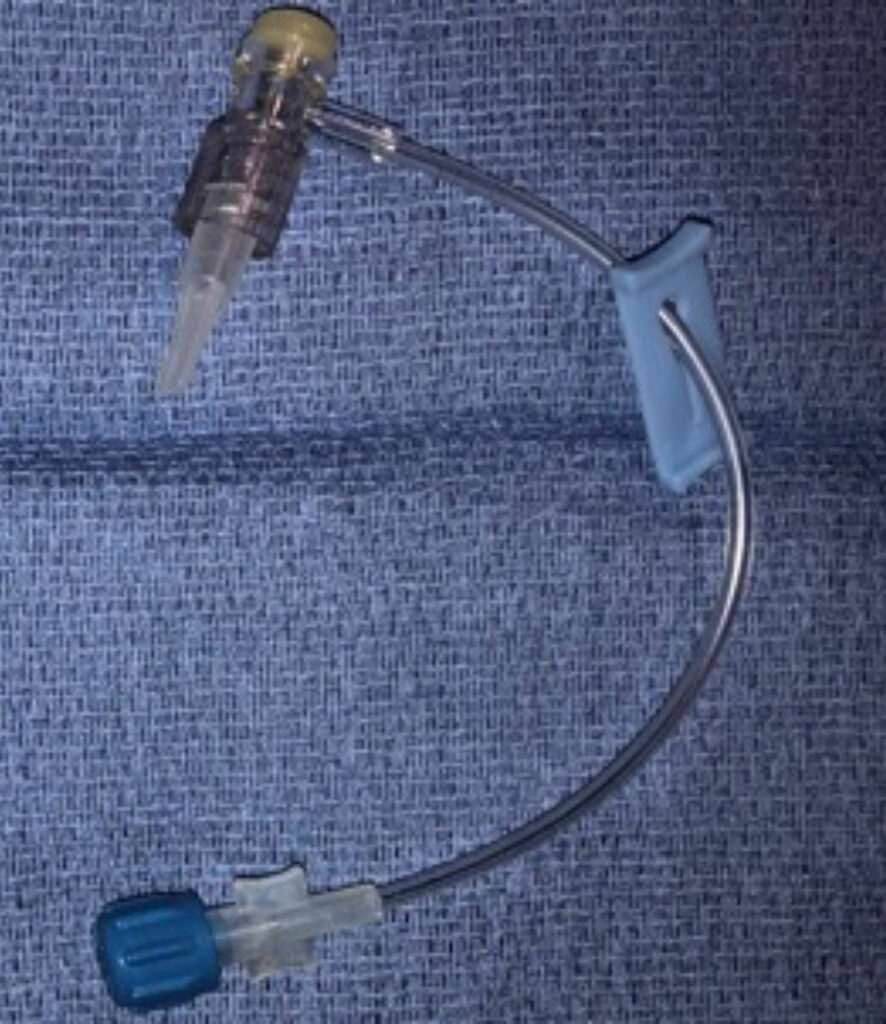 Air entrainment during catheter aspiration may indicate an inadequate seal between the catheter and extension. This could result in air entrainment into infusing fluid, or conversely, leakage of infusing medications and incomplete delivery to the patient. Both of these circumstances pose risk for patient harm. The potential for air to enter the venous system through central venous catheters has been well documented.1-3 This may result in both cardiovascular and neurologic complications. In the most extreme cases, central venous catheter related air embolism has resulted in death.4 Timely identification of a poor seal and selection of an alternative extension is essential to avoiding adverse events. Interestingly, this problem has not been noted on all occasions when using the 3 Fr. x 8 cm catheter in question. This inconsistency highlights the importance of checking the connection with aspiration of blood prior to administration of medications via the catheter.

Since all of the connectors used were standard Luer connectors, we do not know if the individual components involved had a manufacturing variance, or if an insecure connection is more likely when interconnecting devices from different manufacturers. Nevertheless, as a result of this experience, providers in our department were instructed to avoid using the extensions shown in figures 1 and 2 when using the 3 Fr. x 8 cm catheter, and instead use the extension in figure 3. In addition, we advised that aspiration of blood to confirm adequacy of seal between catheter and extension tubing be regularly performed. The extensions in figures 1 and 2 are still routinely used to connect to arterial line catheters without evidence of leaks despite the much higher pressure in the lumen suggesting that the standard Luer connector can function well on these devices.

Aspirating central venous catheters after placement may help detect poor seal between the catheter and extension tubing. Anesthesia professionals and other health care providers should be aware of the potential for a poor connection, which should prompt the selection of an alternative extension that does not entrain air.