Authors: Molly Kraus, MD and William David Sumrall, III, MD, FASA
ASA Monitor February 2022, Vol. 86, 31–33.
The ASA Committee on Practice Management has completed its sixth survey of graduating anesthesiology residents. The goal of the survey is to provide data about current trends in the anesthesiology job market. The committee hopes that graduating residents and their programs will find the data and trends interesting. In addition to providing information for graduating residents about job opportunities, it can be helpful to the residency program by providing market trends as well as helping them effectively mentor and refine the educational curriculum to best prepare residents for their careers in anesthesiology.

In May 2021, an electronic survey was sent to graduating anesthesiology residents nationwide through the ASA membership office. At the time of the survey, the membership office had 1,553 CA-3s, and the survey was sent to 1,499. Responses were collected from June through August 2021. A total of 74 residents (4.9% response rate) completed the survey, with 68% of respondents identifying themselves as male. The responders were asked to identify the location of their residency training. Figure 1 summarizes the results of the survey. More than half of respondents applied to four to nine practices, and most residents interviewed with one to three groups and received job offers from one to three groups. Nationwide, 19% of residents sought jobs with academic anesthesiology practices, with the highest regional concentration of academic anesthesiology applicants completing residencies in the Northeast (30%) and West (29%) regions of the United States. 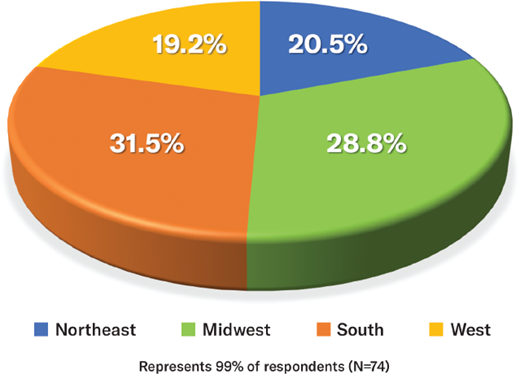 At the time of the survey, almost all the respondents had received job offers, with 97% having confirmed jobs. Among the geographic regions, percent of residents having a confirmed job ranged from a 90% (Northeast) to 100% (Midwest, South, and West). The survey found that the preponderance of residents (81%) chose private practices, compared with only 19% entering academic anesthesiology. Nationwide, a majority (56%) of residents entering private practice were joining anesthesiology groups with plans to become a partner, while 44% accepted employed positions.

The mean starting salary was $352,677, with a standard deviation of $77,646, and a high of $385,714 in the West to a low of $332,875 in the Midwest (Table 1). Residents were asked to rank factors most important in choosing a job. The three most important factors included geography, monetary compensation, and job description (Figure 2). 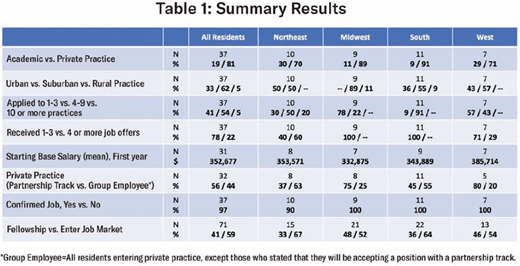 Figure 2: Weighted Ranking “Most Important Factors” in Choosing a Job

This data demonstrates some interesting trends in the anesthesiology job market for 2021 as compared to previous survey data (ASA Monitor 2016;80:20-4; ASA Monitor 2015;79:54-7; ASA Monitor 2014;79:44-7; ASA Monitor 2012;76:44-6). As in previous surveys, the results of the 2021 survey demonstrate the majority of residents who will be entering the job market will be taking a job in private practice, with similar percentages to previous surveys (Figure 4); the prevalence of residents accepting a private practice job with a partnership track is more common, with over 56% of respondents accepting jobs with partnership tracks. The rate of accepting a job with a partnership track has remained stable since 2015 at 55%. (Figure 5). Additionally, the 2021 survey quantified the percentage of residents who chose employed positions for a health care organization (i.e., hospital) or anesthesia staffing company (Table 2). 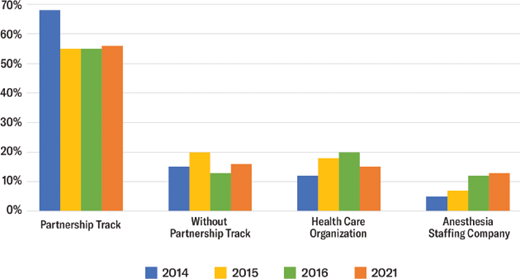 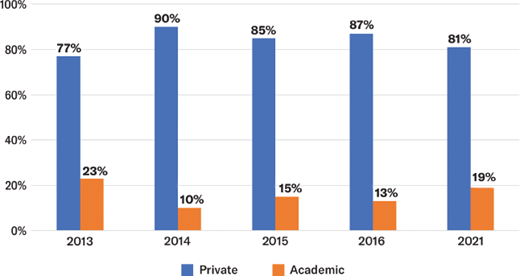 Regarding fellowships, 41% of respondents reported they would be entering a fellowship after graduating from residency. They were asked to cite reasons for choosing a fellowship, and the top two reasons were “Interested in that subject and wanted to learn more/develop skills” and “Thought it [fellowship] would make you a more competitive/desirable candidate when looking for a job.” Types of anesthesia fellowships pursued are listed in Figure 3, with pediatric, cardiothoracic, critical care, and pain medicine fellowships being most popular. When asked the reasons for pursuing fellowship, the top reasons were in line with prior years; but 14% did select that the pandemic was the reason they chose to pursue fellowship. Fellowship interviews were virtual only in 48% of the cases.

Additional questions were included this year to help evaluate the impact of the COVID-19 pandemic on residents’ experience with the job market and fellowship. For those who sought employment immediately after residency, 56% of respondents answered that it did or probably did affect their opportunities. Most respondents did not believe the pandemic affected their decision to seek a job rather than fellowship, or vice versa. For those entering the job market, 47% said they had some in-person and some virtual interviews and 45% said they had in-person interviews only. When discussing with potential employers, most (67%) said the pandemic did not affect potential jobs and 82% said it did not affect the salary they could offer. The survey also offers an opportunity for anonymous comments, which included: “COVID slowed everything down immensely, however, the result was still what I had originally hoped for.” Other comments addressed the market in general and did not seem to indicate issues in the job searches of those who responded: “Good opportunities currently and felt it was easier to get an offer this year, and all 3 groups I contacted and interviewed with were strongly trying to recruit me.”

Limitations to the study included sampling, population size, and response bias. Since the study was sent through the ASA membership office, it hopefully reflects most CA-3 anesthesiology residents; however, approximately 3% of CA-3 residents did not have an email on file with ASA or had opted out of receiving “bulk” emails. Additionally, if a resident is not a member of ASA, then this survey would not have reached him/her. Also, being at the end of the year, near graduation, some residents may have stopped checking or no longer had access to their residency email. We do have a low response rate to the survey, so the responses may not be reflective of the group.

Utilizing this survey methodology has identified some interesting trends in resident career choices. The 2021 survey identified that the majority of anesthesia residents are pursuing private practice positions, with a stable breakdown between partnership track and group employee compared to 2016. The top factors for residents have stayed consistent over the years, including geography, compensation, and job description. Related to the COVID pandemic, more than half felt it did or probably did affect their opportunities, but most did not believe it impacted their decision to pursue a fellowship or job after residency. Some residents had virtual interviews for jobs, but none had virtual interviews only, while those entering fellowship had many virtual-only interviews. The survey results highlight the importance of training related to practice management for residents, since the majority will accept private practice positions.